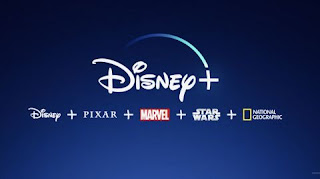 So let's talk for a minute about the Disney+ streaming service. They claimed that they would have a ton of content, like 500 movies available at launch, for $7 per month. This seems like a price deliberately designed to bury Netflix, which is the world's most popular streaming service.
I took the promotion they offered a couple of months ago, where if you pay for three years, it is only $4 per month. I'm glad I did, because I counted 580 movies, and 90% of them are junk. Disney has everything they have ever done on here, like "The Computer Who Wore Tennis Shoes" from the 1960s, and "20 Thousand Leagues Under the Sea" from the 1950s. (I'm told that this movie might actually be good, but I remember seeing it when I was 10 years old.)
However, through the sheer mass of titles, there is still plenty of stuff worth watching. The remaining 10% contains some of the best stuff from Disney, Marvel, and Fox, although I have already seen many of these titles. It is diamonds in the rough. Just like on Netflix, I'll be spending much time figuring out what to watch. 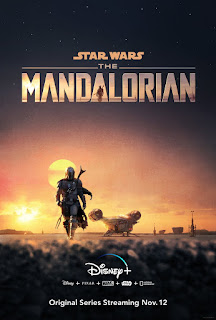 The Mandalorian on the Disney streaming service is good. I found myself thinking that it is just a routine western, but it is really a great mix of western and sci-fi. It is not a perfect sci-fi show, but it feels like a perfect western with plenty of sci-fi thrown in.
--
Best wishes,